Commenting on the recent remarks of Albanian Prime Minister Edi Rama that his country could form a ‘little union’ with Kosovo should Brussels turn its back on the region, Demo Berisa, the president of the Association of Albanians in Serbia, explained to Sputnik what the real reason behind it was.

In his recent interview with the European edition of the US-based website Politico, Albanian Prime Minister Edi Rama threatened that Europe would face “a nightmare” if the Balkans “go crazy” because EU accession is off the agenda, with the region becoming a “gray zone in which other actors have more influence than the European Union.”

“Some Albanian nationalists would like to see Albania unite with Kosovo, the majority ethnic Albanian territory to the northeast that unilaterally declared independence from Serbia in 2008. Kosovo’s largest opposition party wants to hold a referendum on forming a union with Albania, even though this is explicitly ruled out by Kosovo’s constitution,” says the article on the website. 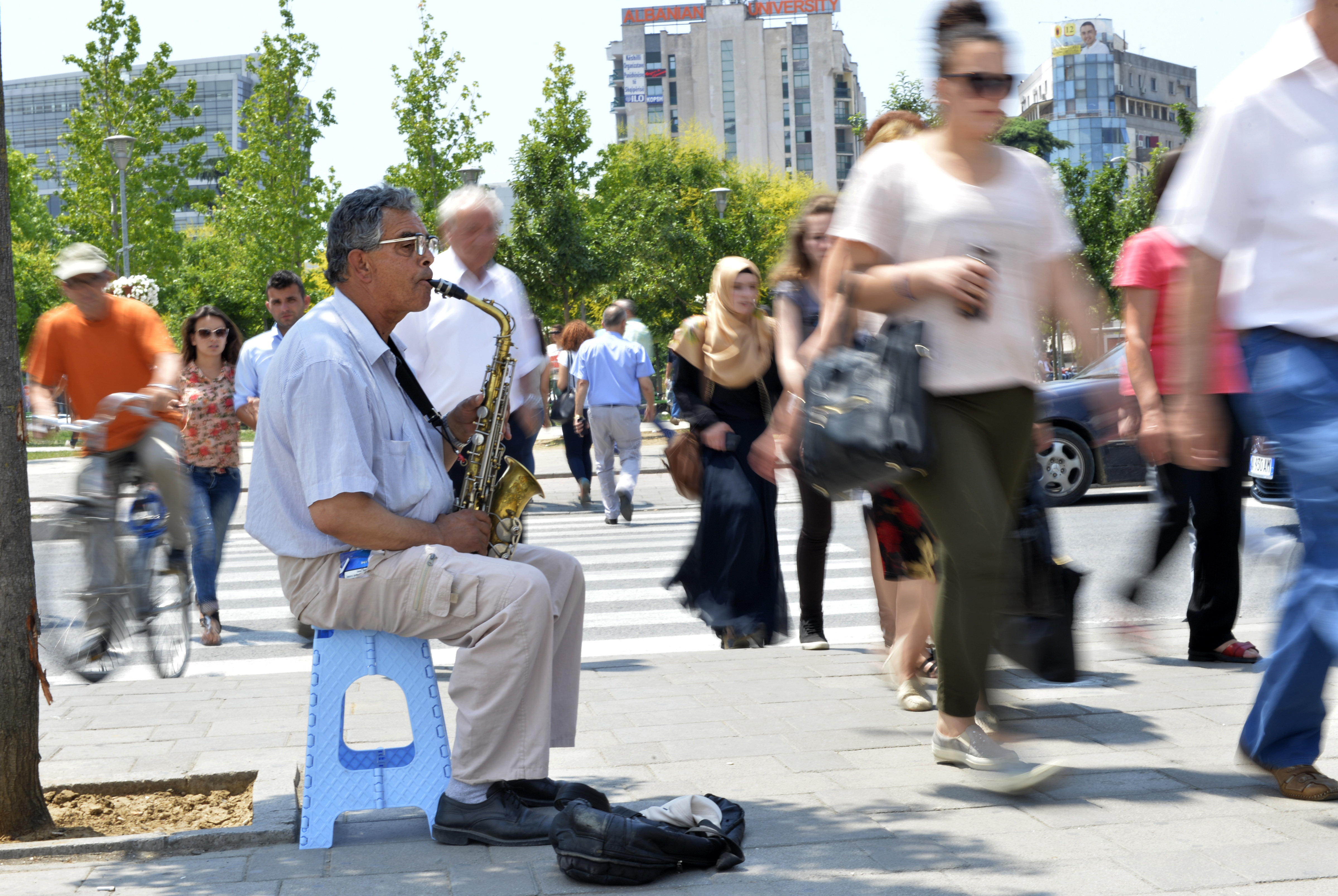 “Asked if he would take a union with Kosovo off the table, Rama said: ‘No, because the only way to keep the Balkans in this peaceful and cooperative mode … is to keep the path to the EU open, to keep the perspective clear, to keep emotions about the EU positive. No one would like to turn [in] on themselves and look for smaller unions, everyone would like to unite in a big union. But if there’s no hope, no perspective, no space, then, of course, little unions may happen,” it further reads, quoting the Albanian politician.

Commenting on the above remark, the Serbian Foreign Ministry said that it “again confirms that the creation of a Greater Albania is a common platform for all ethnic Albanians.”

“I ask the international community – what would happen if (Serbian PM Aleksandar) Vucic said that unification of Serbia and the Republika Srpska (one of two constitutional and legal entities of neighboring Bosnia and Herzegovina) was possible if we don’t join the EU? I’m sure everyone would react and accuse Serbia of being a threat to peace,” Serbian First Deputy PM and Foreign Minister Ivica Dacic said.

He criticized “the EU, the US, Great Britain and others” for “keeping silent while Serbia is being threatened by someone” and wondered whether their silence on the remarks of the Albanian politician is a “sign of approval.”Isa Mustafa, the Prime Minister of the self-proclaimed state of Kosovo, has also reacted to Edi Rama’s remark. In his interview with one local TV channel, he called it “populist”. However, then he also made a noticably ambiguous comment:

“If we are not accepted into the EU through the door, we will enter it through a window.”

Meanwhile there is a very simple reason behind the remarks of the  high-ranking Albanian politician: less than two months are left before the country’s parliamentary elections, scheduled for June 18.

The opposition refuses to take part in them until the Prime Minister resigns and insists on the set-up of a technical government, which could become a guarantor of the democratic elections.

© AP Photo/ Boris Grdanoski
A protestor holds the flags of the United States, Macedonia, Albania and the European Union while attending a march through downtown Skopje, Macedonia, Monday, April 18, 2016

Sputnik Serbia discussed the issue with Demo Berisa former Yugoslavian officer and now the president of Association of Albanians in Serbia, which is based in the city of Novi Sad, who explained why the Prime Minister tried to inflame some other’s home with his own being on fire.

With such highly explosive remarks, he said, Edi Rama hopes to exert pressure on the EU. However, he could be serious about his idea to unify the Albanians.

“Rama is trying to sit on two chairs. On the one hand, he is promoting an idea of accession into the EU, on the other – he is seriously working at the idea of the creation of a so-called “Greater Albania.” However this idea is not supported in Albania, thus he is turning for support to the expatriate community in hope that such rhetoric will help him keep the power,” Berisa told Sputnik. 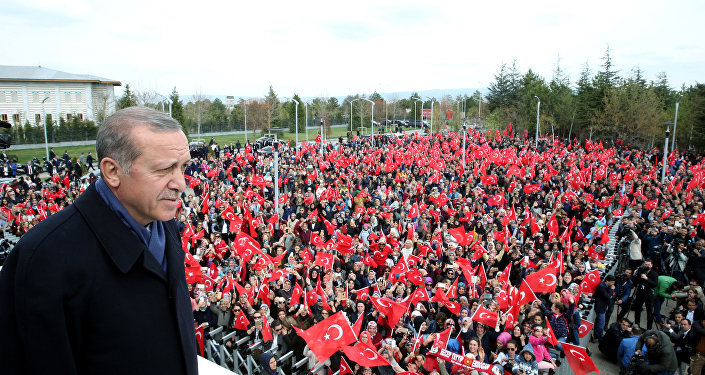 He also noted that most of the opposition in the country pursues fundamentally different principles and Rama’s remarks should not be treated as the opinion of all Albanian people. Rama is not being perceived as a leader, he said.”He understands this. If you noticed, all the leaders of the region resort to nationalism when they are short of democratic methods. Rama is trying to do his best to keep his chair, which is shaking under him. The chances are high that he is going to lose in the elections,” Berisa said.

He further explained that the Albanian expatriate community is quite large. While there is still a euphoria about Kosovo [self-proclaimed independence] and the situation in Macedonia (political crisis), Rama bet on this card in the last elections and won the majority. However, it is very unlikely that he is going to get it now.