Tirana, Albania | Tirana Echo – Albania’s Ombudsman has published and sent to Parliament today the much awaited list of the 84 candidates qualified to fill up the vacancies of the ‘Vetting’ bodies which will scan Albania’s judges and persecutors.

Igli Totozani, who was asked by the Albanian Parliament to reassess the list of applicants after the first round of voting failed due to a lack of candidates, has published today a list with 84 fresh names qualified and 104 others disqualified form the selection process.

The vetting process was postponed earlier in March due to the opposition’s boycott of parliamentary committees.

The 84 names made public today will be transferred to Parliament which will forward it to a joint Ad-Hoc committee as a selection pool of candidates to fill up the vacancies offered at the new ‘Vetting’ institutions which will kick off the start of the judicial reform in Albania’s highly corrupt justice system.

The reassessment process by the Ombudsman has been done under tight supervision by the joint EU and US International Monitoring Operation which is keeping en eye on Albania’s new appointments in the justice system.

Although the Albanian Parliament unanimously voted last July to reform the country’s decayed and corrupt justice system, the opposition democrats have been protesting and boycotting parliament for over a month, requesting the resignation of PM Edi Rama and the formation of a technical government ahead of upcoming June parliamentary elections.

The vetting process had already raised tensions between coalition partners SP and LSI, as Minister of Justice Petrit Vasili called the functioning of the International Monitoring Operation unconstitutional.

The current boycott of the opposition will put to the test the Parliament’s capacity to approve the new ‘Vetting’ names and institutions, as an equal representation is required at the Ad-Hoc committee which will select the names.

The full list of the Ombudsman can be found below.

Applicants who have fulfilled the criteria and positions for which they have applied: 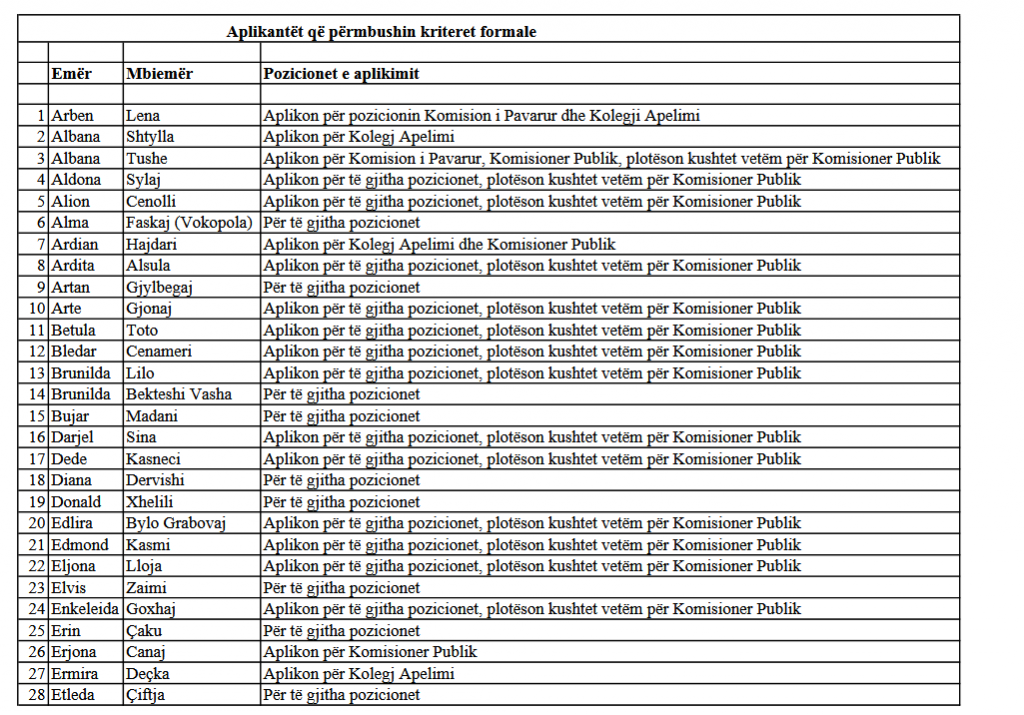 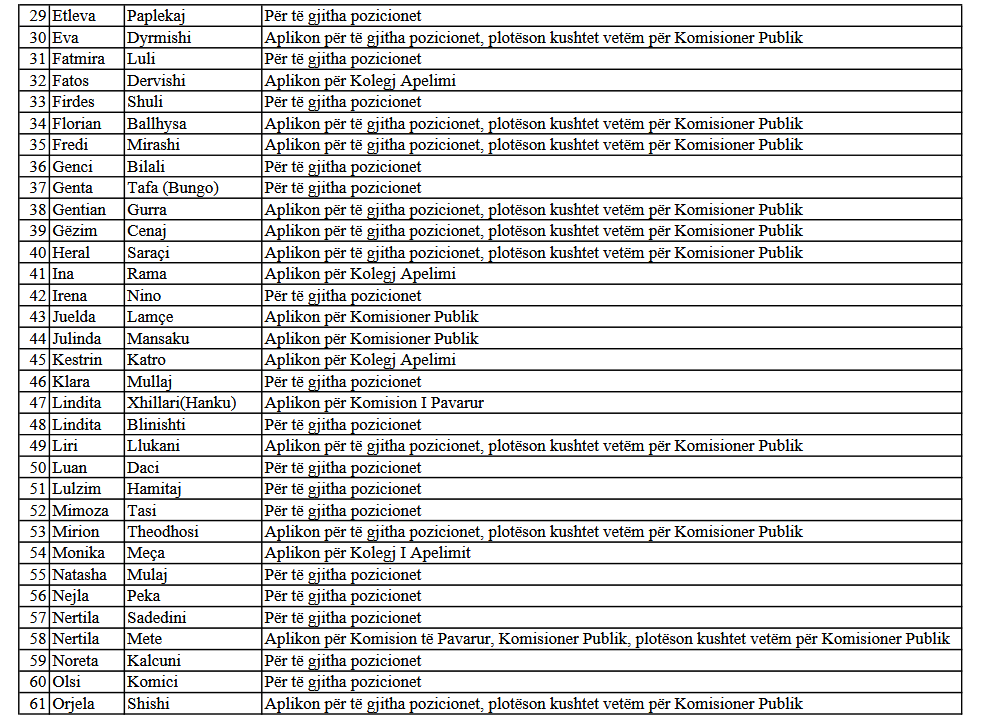 Applicants who failed to fulfill the criteria 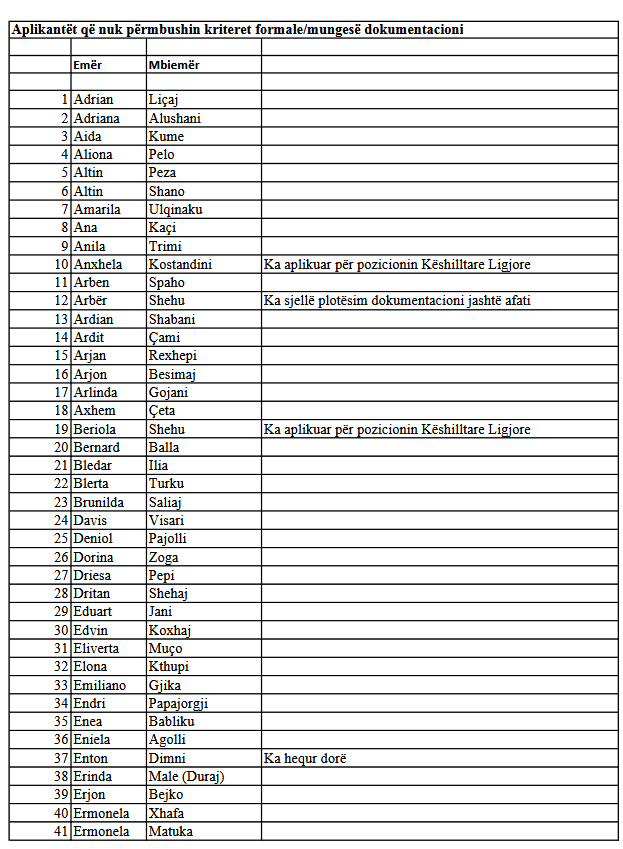 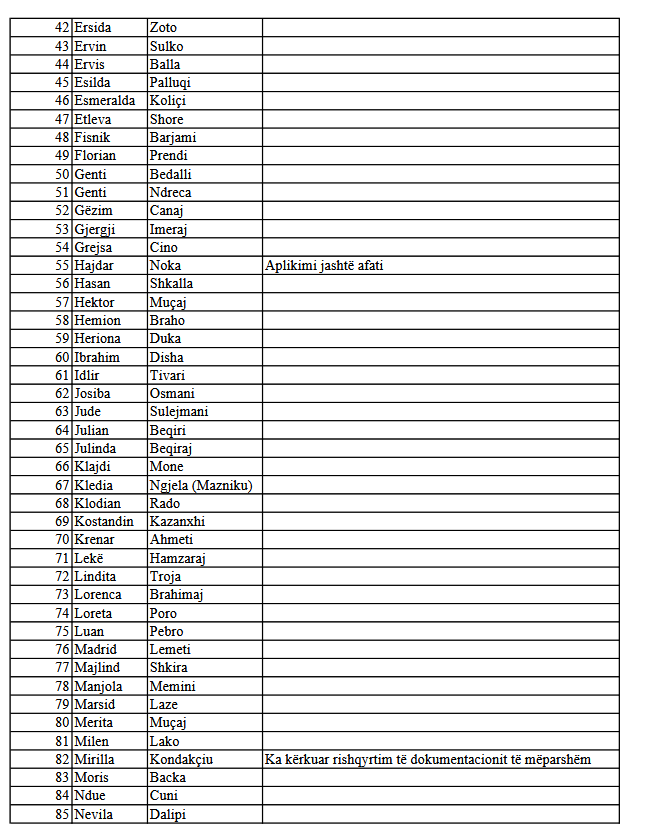