An audit has found irregularities in more than 100 public procurements by the Ministry of Defence, Bulgaria’s caretaker Defence Minister Stefan Yanev said on February 14.

On January 30, caretaker Prime Minister Ognyan Gerdzhikov gave his Cabinet ministers two weeks to complete check-ups of all their ministries, a few days after taking over from the government that had been headed by Boiko Borissov. 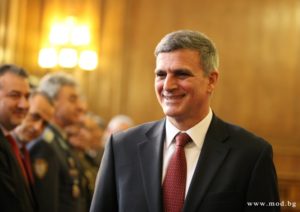 Yanev told a news conference that the audit at the ministry was still ongoing and only the check-up covering public procurements had been completed.

Tirana, Nov 1 (Tirana Echo) – An Italian IMSI-Catcher tapping device may have been used to spy on the highest state officials of Albania and could have endangered national security, says head of investigative parliamentary […]

The Economist – Media freedom is dwindling in the Balkans

Belgrade, Serbia | Tirana Echo – Serbian President Tomislav Nikolichas announced his withdrawal from the presidential race supporting the candidacy of PM Aleksandar Vucic instead. Nikolic made the announcement after a meeting with PM Vucic, […]

Businesses Use Loopholes to Avoid Taxes in Bulgaria – Report

Big corporations manage to avoid paying taxes in Central and Eastern Europe even when rates are as low as they are in Bulgaria, a report by several NGOs in the region has shown. Bulgaria enjoys […]

Slovak FM Lajčák: EU getting further away from Western Balkans

BELGRADE – The EU is getting farther away from the Western Balkans, an area that is natural to it, with growing popular frustration in the region over the lack of a tangible EU, says Slovak […]